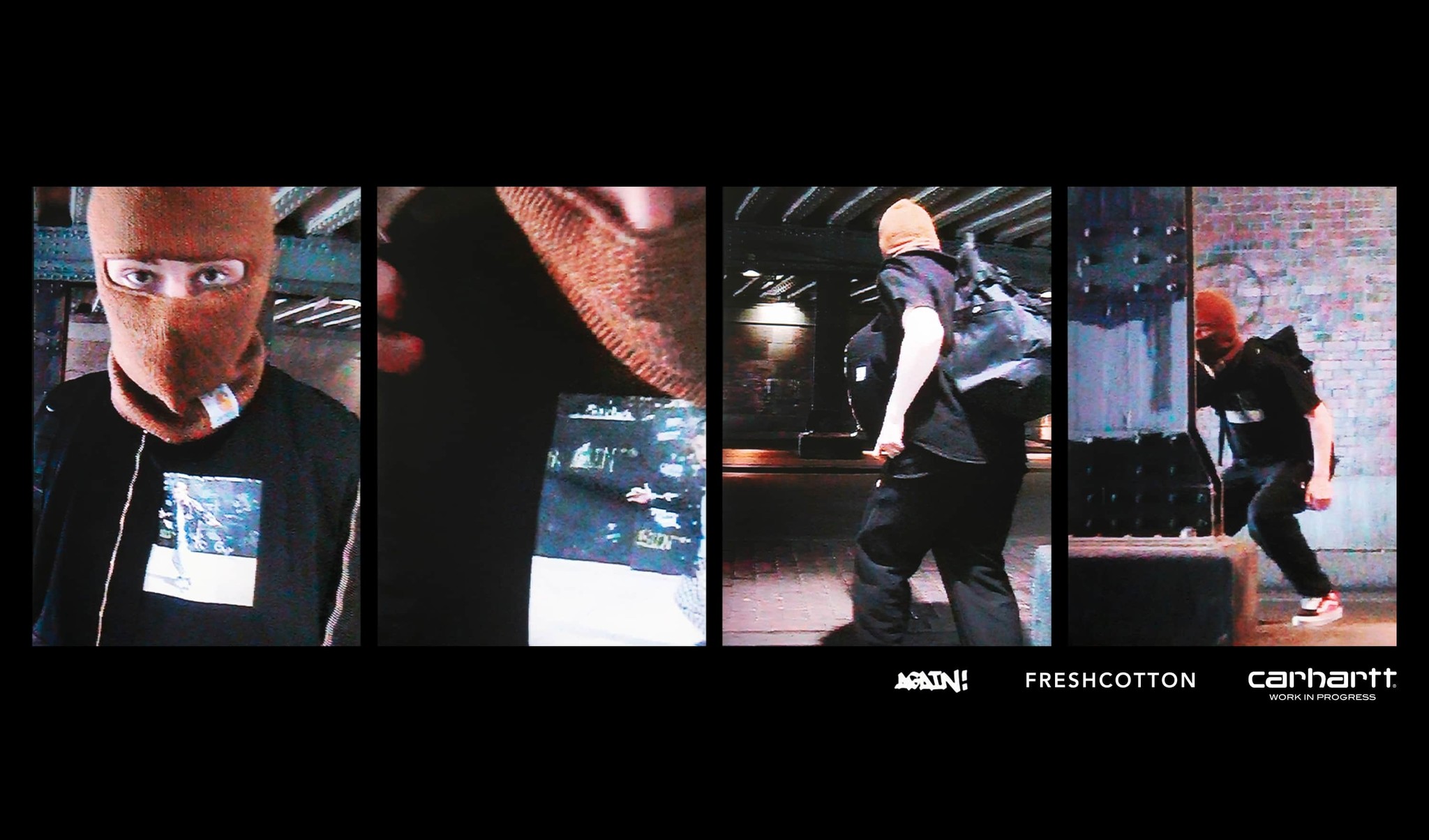 FRESHCOTTON in collaboration with Carhartt WIP and Again! Presents the Amsterdam on Tour apparel. The capsule collection features the most iconic photographs taken from the Amsterdam Graffiti scene between the early ‘70s and early ‘80s. Take a look at the editorial in the section below. The first print featured within the capsule collection depicts “a city kid in his natural habitat” in the Vondelpark in 1982. The picture was taken by Henk Schiffmacher a Dutch painter / tattoo artist / photographer who is renowned for being one of the most famous Dutch Tattoo artists. Having done tattoos for the Red Hot Chili Pepers, Kurt Cobain, the Ramones, Adam Levine and many other famous musicians. Schiffmacher was a student at the Advertisement School “REX” in Amsterdam in the ‘70s. After the completion of his education Schiffmacher began with photography, which led up to this iconic image being taken. The second edition to the capsule collection showcases Dr. Rat’s unmissable tag. Dr. Rat used multiple pseudonyms such as Dr. Death, Dr. Art and Fritz Zanzibar. But his most important graffiti name was Dr. Rat. He was considered as one of the graffiti artists within the book with the best technique and the most fame. As a trendsetter within the scene he also introduced using the “Dr.” abbreviation within his name, which would later be adopted by many others. Dr. Rat won the frist-ever graffiti contest Prix du Graffiti, organised by the Gallery Anus in 1978 and received a lot of attention from the mainstream media. His immeasurable creativity and productivity earned him a status of legendary proportions during his lifetime. Known for experimenting with both drugs and alcohol, Dr. Rat, real name Ivar Vičs, passed away on the 29th of June, 1981. The third print to feature within the capsule collection was originally shot bij Dutch photographer Jan Lankveld. The image depicts an unknown graffiti artist painting the “Circle-A” on the tramway right in front of the Dutch Riot Squad who were called upon to keep the peace. The “Circle-A” is a monogram was used as an anti-establishment symbol by Anarchists at the time. This picture was taken in the early ‘70s and showcases how graffiti in Amsterdam started out during that period. The messages created by political activists and football club supporters would provide a fertile ground for the rise of modern graffiti in the years to follow. Checkout the entire collection in our Carhartt WIP store.