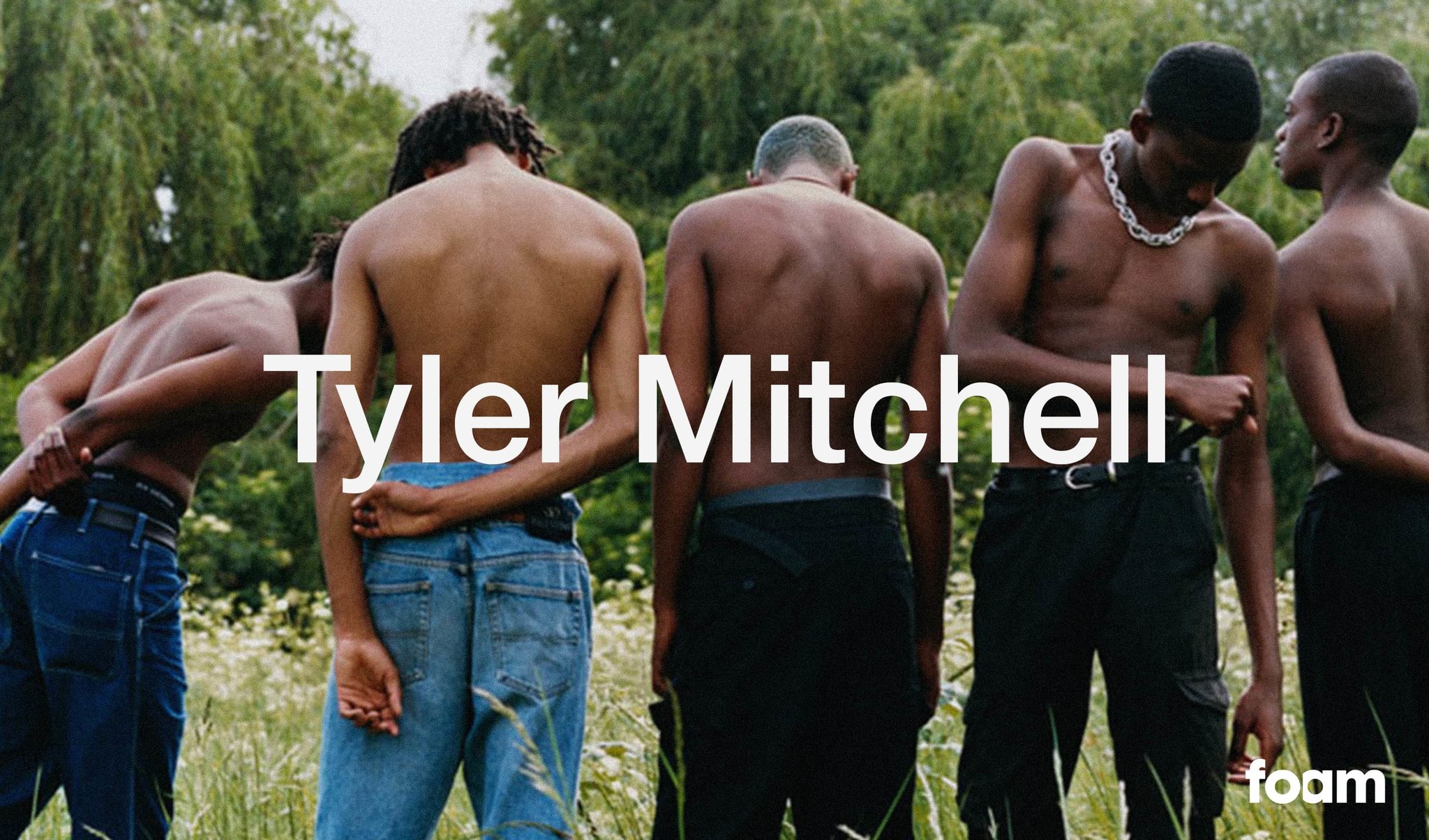 The Tyler Mitchell exhibition not only shows a selection of photos of his personal work and commissioned work, but also the premiere of two of his video works in which Mitchell experiments with the sense of play and childish freedom of dark youngsters.

The Utopia that Mitchell creates in his works makes people realize how strong the contrast with reality is presented. Here young black people are photographed against a palette of candy colors, in the freedom of nature or against idyllic painted backgrounds. Here they seem free, expressive, relaxed, sensitive and proud. Mitchell produces holistic images of individuals from his environments bringing their vulnerability to the surface. Tyler Mitchell wrote history in 2018, when at the age of 23 he became the first black photographer who was allowed to shoot the cover of the Vogue. This has not happened so far in the 126-year history of the magazine. This and many other merits make him one of the most followed emerging photographic talents of the moment.

Below the Vogue cover of September 2018 with Beyoncé that Tyler Mitchell made. Tumblr, where Mitchell spent a lot of time as a teenager, is the social media platform that is widely used by young photographers to share their work. This time greatly influenced his vision. Mitchell often came across sensual, young, attractive white models who were full of fun running around and free. Tyler Mitchell rarely saw those images of dark people, at least in the photography he knew then.

View the work of Tyler Mitchell in FOAM, the exhibition runs until 5 June.